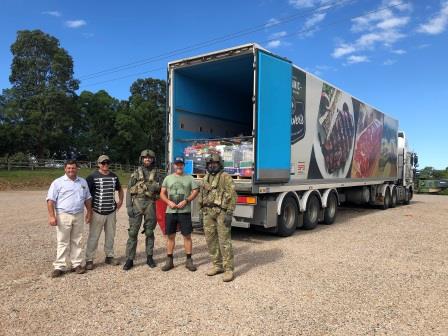 In the early hours of Monday morning the 28th of February 2022, it was beginning to become apparent that a natural disaster was unfolding in the very community the Casino Food Co-op calls home. It was a flood disaster no one anticipated, and no agency or business could ever prepare for.

CEO of Australia’s largest farmer owned co-operative, Simon Stahl said he knew immediately that The Casino Food Co-op would play a critical roll in the unfolding disaster. “As the flood waters receded, it became apparent that it was a catastrophe unfolding,” he said.
“We made sure all of our people where right and had resources around them to help clean up their own houses and then their loved ones and families and businesses, both in Casino and Lismore.” After the company made sure all their employees were safe, they sprang into action to help the community. “We started offering some meat and then that snowballed into us being one of the only assets that was around in terms of power and no damage to our assets at the meat plant,” he said.

Fortuitously, the Co-op had agreed to take in the entire fresh produce of a Lismore fruit and veg shop that needed a place to store their goods after it was evacuated. Those 20 pallets of fresh fruit and vegetables became vital for keeping locals in evacuation centres alive.
“With Fresh fruit and veg and meat, we became the centre for air drops to our communities. About 15 communities had airdrops drops helicopters that were in our car park,” Mr Stahl said. It was all hands-on deck for the Co-ops employees, all lending a hand to pack food hampers for the food drops. “We’re good at fresh meat production but in terms of putting together fruit and vegetables and other groceries to feed 50 people in a drop, that was a bit of a guessing game, but we took our best guess, and it seems to have worked out,” Mr Stahl said.
Simon Stahl said this disaster just highlights how important it is for industry and emergency services coming together for the good of the community.

The Co-op delivered 90 pallets of food, using 20 helicopters and 11 trucks to 14 isolated communities. Its estimated the Co-op helped feed around 4,000 people during the flood crisis. He said co-ops are best placed to respond to this type of emergency, due to its large workforce, big assets and employees who are expertise in their field. “We have logistics people that can actually organise things – turning out top car park into an airfield is easy done for us. It didn’t take much as helicopters can land anywhere,” he said. “Then we’ve got the cold stores and they are a big asset and we had power.” But it’s not just the infrastructure that is critical in times of emergencies. Mr Stahl said it’s each and every single employee who plays a vital role. “The distribution and the local knowledge is critical,” he said
“Whilst big businesses from outside the area is important and is critical, and will be critical going forward, it’s what you can do in the disaster period on the ground with local assets,” Mr Stahl said.

“You don’t have to wait to go through several chains of command to get approval for what could be $30,000 worth of meat for the community.”
“We look to get compensated out of the emergency fund at a later date, but the first thing is to put it out on the ground and get it out there,” he said. “If the compensation doesn’t come, it doesn’t worry us. Just to be able to say go and do it, I think is incredibly important.” “There is no manual to manage that situation, it’s gut and it’s what your common sense says, so you get on with it,” he said.

The Casino Food Co-op decided to close its processing across both of its sites for an entire week.
The closure alone cost the company $500,000. But Mr Stahl said the benefit to the community far outweighs the financial implications for the business. “We cooked for volunteers, we provided fuel and hoses and all the PPE for people to go out into the community, even some electricians to go and service some houses in places like Tatham, where they wouldn’t have been able to get an electrician easily.”
Mr Stahl says he hopes other major industries around Australia will follow The Casino Food Co-op’s example IF a disaster was ever to happen in their community. “As a necessity, we have an obligation to do that.”

“We are a big employer that has 1,000 people we employ – that’s 5,000 people directly connected to the plant across the region, so you’ve got an obligation to use your assets at a time like this,” he said. “People demand it of you. So, it’s a responsibility that is an absolute response needed from businesses and a co-operative is certainly in the best position to respond quickly,” he said” 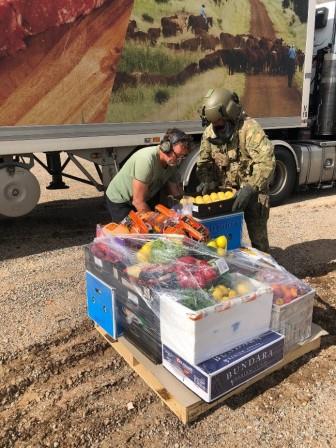